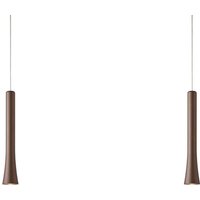 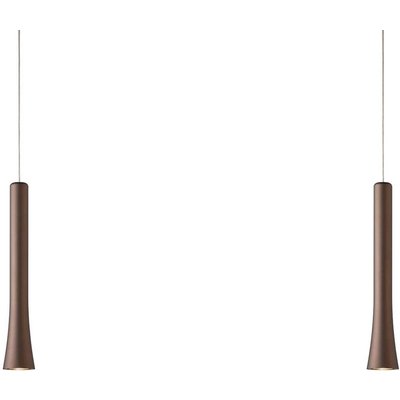 2-bulb LED pendant light Rio with a shimmering appearance The special feature of the LED pendant light Rio is not only the shimmering soft-touch surface of the two gracefully shaped lampshades, but also the variable positioning of the two pendulums on the 83 cm long ceiling canopy. The two pendulums can each be positioned as desired on three different mounting points on each side, which are 8 cm apart, so that they can be adjusted precisely to the circumstances. The height of both pendulums can also be altered by 15 cm during installation (without having to laboriously shorten the cable).Moreover, each pendant is equipped with a high-gloss reflector, which means that the warm white LED light is emitted onto the tabletop in a targeted manner. Energy efficiency class:A+
BUY NOW at Lights.co.uk*