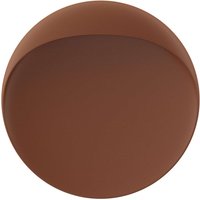 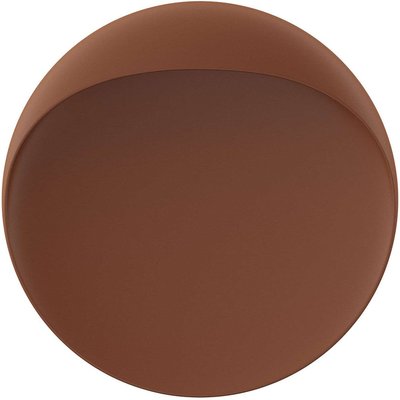 Flindt LED wall lamp in an elegant design – 30 cm diameter The Flindt wall lamp attracts attention with very expressive lighting and casts a new light on indoor and outdoor areas. The creator of this light source, which has a discreet yet very striking design, is the Danish designer Christian Flindt. With the Flindt wall lamp, he is continuing the product series that he has already developed for Louis Poulsen. The designer has worked in his own studio since 2003 and has worked with Louis Poulsen, a well-known manufacturer of high-quality designer lights in a Scandinavian design, since 2006. In 2014, he was awarded the ELFORSK Prize for the bollard light of the same name by the Danish Ministry of Energy and Electricity. Viewed from the side, the Flindt LED wall light looks like a slim ellipsis consisting of two overlapping ovals. The shape is slightly raised from the wall mount, creating the illusion that the light is floating. For a harmonious relationship between proportions, curves and light, Christian Flindt combined software technology, state-of-the-art 3D printing processes and metal die-casting in this wall lamp. The light is produced by two warm white LEDs, shines out of the opening at the top and is distributed downwards. As part of the light is emitted to the back, an indirect, half moon-shaped lighting is created with a very atmospheric lighting effect. Flindt – a wall light that creates a sensation indoors and outdoors with its timelessly elegant design. Energy efficiency class:A++ – BUY NOW at Lights.co.uk*