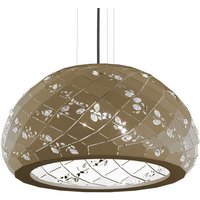 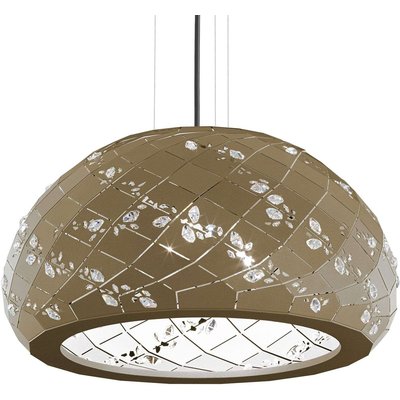 Golden-bronzemetal lampshade with crystals: Apta hanging light The traditional design of the lampshade provides the Apta hanging light with a more classical look. Distinctive features of the light are details, such as the openings in the metal lampshade and the Swarovski crystals, which influence the lighting effect as well as the appearance of the hanging light significantly. Both the small openings which look like thin branches as well as the crystals, which resemble blossoms and leaves, distribute the light beams in a special way, such that a beautiful light show is created. In 1895, Daniel Swarovski established his crystal company, which specialised in a new technique for cutting crystal, in the Tyrolean town of Wattens. The company can look back on a tradition of more than 100 years. In addition to the areas of fashion, jewellery, and lifestyle, Swarovski has also made a name for itself in interior design (e.g., with lights). Energy efficiency class:A++
BUY NOW at Lights.co.uk*