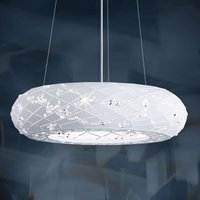 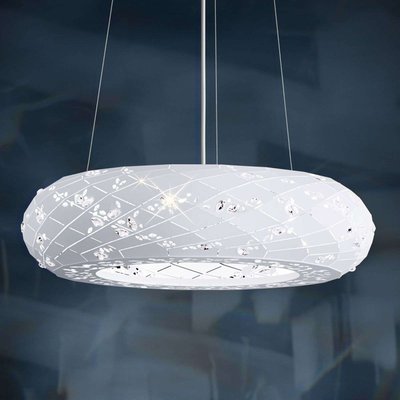 Crystal-studded metal lampshade -Apta pendant lamp What makes the Apta pendant lamp so special are details, like the narrow openings in its metal lampshade and the Swarovski crystals, which not only give the lamp its characteristic appearance, but also influence the lighting effect significantly. Both the openings and the crystals direct the light beams outwards in a unique way, such that a beautiful light show is created. By 1895, Daniel Swarovski had already established his crystal company, which specialised in a special technique for cutting crystals, in Wattens, Austria. Initially, the company mainly produced jewellery; today their product portfolio also extends to home furnishings, including Swarovski lights. Energy efficiency class:A++
BUY NOW at Lights.co.uk*