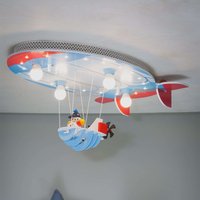 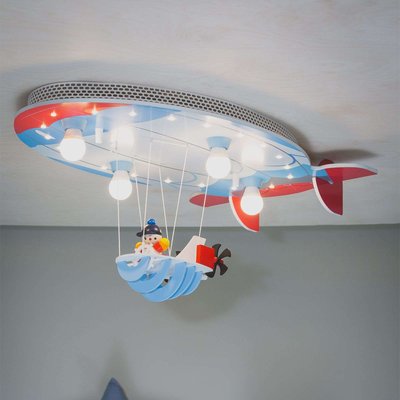 Masterpiece of aeronautical engineering for a child’s room – Airship ceiling light with “Joe” The Airship ceiling light with “Joe” is a highlight in any child’s room and a little work of art that allows three different lighting scenarios. The light consists of the ceiling element in the shape of an airship. It is fitted with four E14 bulbs and also contains LEDs. Another small airship with the character “Joe” is suspended from this structure by six ropes. Therefore, the ceiling light is a three-dimensional work of art and allows a series connection via an impulse switch. It can vary between general lighting from the E14 lamps, to which the LEDs can be added, and the exclusive activation of the warm white LEDs as a night light. Energy efficiency class:A++
BUY NOW at Lights.co.uk*