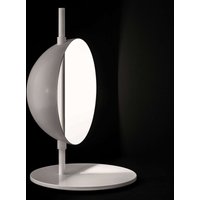 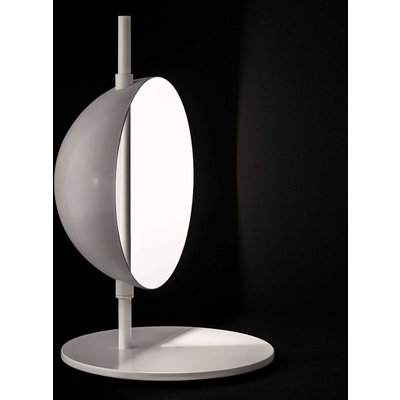 Superlana – LED table lamp with indirect lighting The lampshade on the Superlana LED table lamp consists of a hemisphere that is open on one side. The lampshade is also a kind of reflector, as the LEDs have been integrated into the frame and shine inside towards the lampshade. The light is reflected inside and then directed into the room. The lampshade can also be rotated so the light can be individually adjusted. The indirect lighting sees the Superlana table lamp emit homely, glare-free lighting as the LEDs are not in direct view. The Superlana LED table lamp has been designed by the traditional Italian company Oluce, which has been designing and producing designer lights for over 70 years. The models, which are developed by both Italian and international designers, have won many awards over the years and are design classics. Energy efficiency class:A+
BUY NOW at Lights.co.uk*