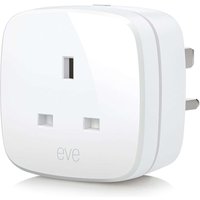 Eve Energy smart power point: allows you to keep an eye on electricity costs at all times The handy Eve Energy adapter plug makes it easy to connect a…. 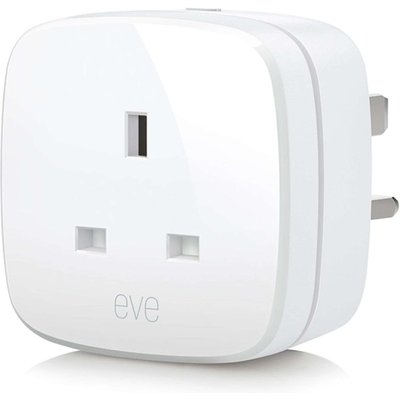 Eve Energy smart power point: allows you to keep an eye on electricity costs at all times The handy Eve Energy adapter plug makes it easy to connect all your electrical appliances to an existing Apple Smart Home system. For example, devices that are not really Smart Home-compatible can be integrated into the system via the wireless power point and can be turned on and managed from your iPhone via the free Eve app. The measurement of your electricity consumption, which can be observed via the app in the form of detailed statistics, is extremely useful. When you use the power point with the Apple HomeKit, practical house automation rules can be programmed in so-called scenes. For example, lamps that are integrated into the system via the Eve Energy adapter plug can be automatically turned off with the command “Hey Siri, it’s bedtime.” Various schedules can be programmed and it is also possible to control your appliances at any time when you are on the move. Features / compatibility: – Can be controlled via the Apple HomeKit’s Eve app or Home app with iOS 11.3 or later – For automation and remote access, you need an Apple TV with at least tvOS 11 or later, or an iPad with iOS 11 (or later) set up as a home hub Technical data: – Wireless connection: Bluetooth Low Energy – Power supply: input 100-240 volt AC, 50/60 Hz, output 100-240 volt AC, max. 13 A / 2,500 W – Power points and appliances: Type G (BS 1363) Please note: only compatible with Apple devices, cannot be used with Android
BUY NOW at Lights.co.uk*