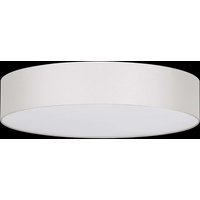 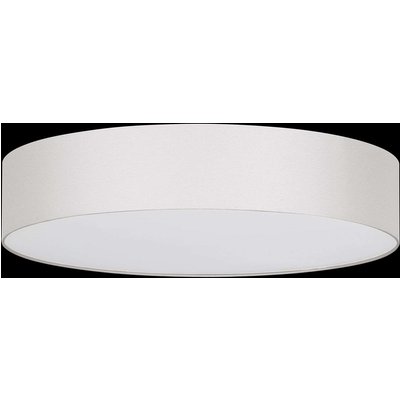 Dimmable Havanna LED ceiling light The Havanna LED ceiling light consists of a round, cream white lampshade that is mounted directly on the ceiling. The lampshade is washable and easy to maintain as it has a mother-of-pearl effect. The built-in LEDs emit their warm white light through the diffuser without glare and can be seamlessly dimmed by a standard wall switch. This modern LED technology is controlled by pressing the light switch repeatedly and in a targeted manner. If the light on is turned off and then on again, the dimming process will start. Turning the light off and on again for a second time will stop the dimming process, and the selected light output will be maintained. If there are three seconds or more between turning the light off and on, the light will come on at 100 % light output when it is turned on again. Made in Germany. Energy efficiency class:A+
BUY NOW at Lights.co.uk*