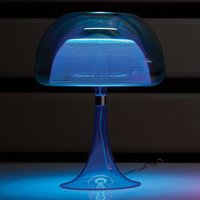 Inspired by the underwater world – the LED table lamp Aurelia mimics the appearance of the common jellyfish The Aurelia table lamp is not simply named…. 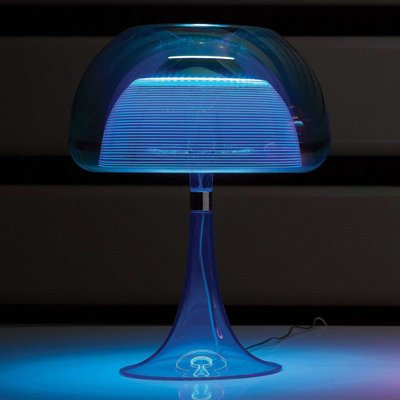 Inspired by the underwater world – the LED table lamp Aurelia mimics the appearance of the common jellyfish The Aurelia table lamp is not simply named after the common jellyfish (scientific name Aurelia aurita), the light – which was developed in co-operation with the National Museum of Marine Biology & Aquarium – also radiates the calmness and poise of this sea dweller in its design. With the touch switch and the dimmer ring on the body, Aurelia also creates a special tactile experience. The light is turned on by a mere touch. The three-way dimmer allows for easy and quick adjustment of the light according to your needs. The small, energy-efficient LEDs inside the plastic lampshade produce glare-free light that accentuates the translucent lampshade. The manufacturer of this light is entirely committed to the development and realisation of designer lights, which exclusively use LEDs. By crossing traditional boundaries with their designs, the designers provide the viewer with a unique experience that stimulates the imagination and the senses. Innovative technology combined with a sophisticated design has led to several international awards including the German IF award, the Red Dot Design award, and the Japanese G-mark award. Energy efficiency class:A+
BUY NOW at Lights.co.uk*