next Alien M – pendant light with a silver cable 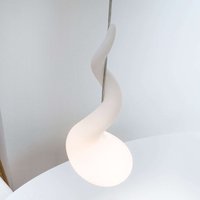 Designer pendant light Alien M with an unusual design A kind of tentacle gently winds around the fabric cable which hangs from the ceiling, and culmin…. 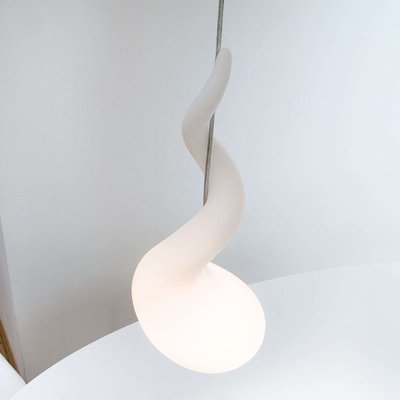 Designer pendant light Alien M with an unusual design A kind of tentacle gently winds around the fabric cable which hangs from the ceiling, and culminates in a bulbous, white body at the end of the cable. This round body is made of high-quality polyethylene, as is the slim offshoot towards the ceiling, and is, therefore, translucent. The translucency is a decisive feature, as this white plastic body serves as a lampshade or a diffuser. The pendant light Alien – a suitable name for such a strange structure which can hardly be described with ordinary terminology – emits a softly scattered light which is completely free from glare. The Alien series of lights was designed by the designer Constantin Wortmann from Munich, who has already worked for Ingo Maurer. Wortmann is now one of the designers who work exclusively for next lighting, a Cologne-based lighting manufacturer. The exclusive lights from next are produced exclusively in Germany. Energy efficiency class:A++
BUY NOW at Lights.co.uk*