next Blubb – hanging light made of glass, green 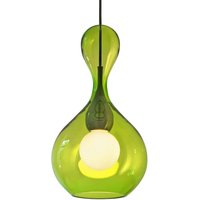 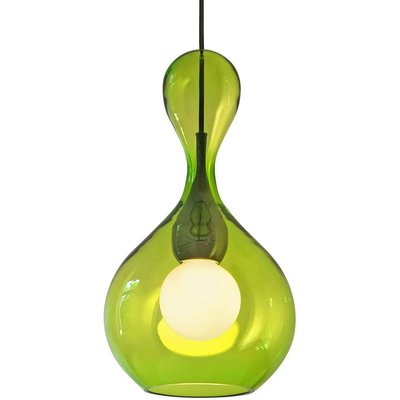 Handblown lampshade – hanging light Blubb from next The rounded shape of the hanging light Blubb is supposed to be reminiscent of that of a drop fulling on the surface of the water. The result is a bulbous, organic shape. In terms of the material, this concept has been realised by glass which has been handblown into shape. The Blubb lights are made in Cologne, where the Production and Sales departments of the company next are located. The designer lighting manufacturer was founded by Thomas Schulte in 2000. Constantin Wortmann, a designer from Munich who has already worked with Ingo Maurer, has designed not only Blubb, but a majority of the next product range. The hanging light Blubb was awarded the title “Light of the Year” in 2017. Please note: only LED bulbs can be used in Blubb. The diameter of the light bulb should also not exceed 11 cm. Energy efficiency class:A++
BUY NOW at Lights.co.uk*