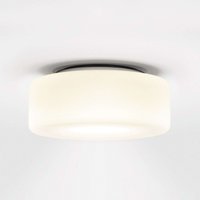 Dimmable LEDs in a high-quality opal glass shell: Curling S ceiling light It is rare to find a designer light with such a simple and unobtrusive appea…. 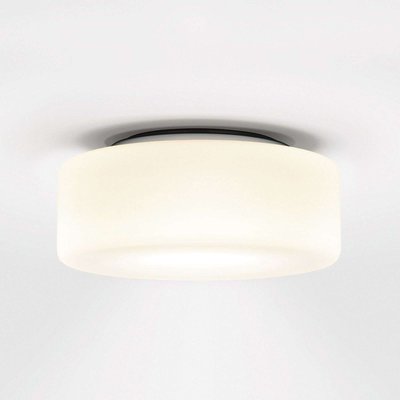 Dimmable LEDs in a high-quality opal glass shell: Curling S ceiling light It is rare to find a designer light with such a simple and unobtrusive appearance. After all, “designer” items generally like to stand out. The Curling S LED ceiling light from the designers Jean-Marc da Costa and Manfred Wolf wants to make its mark too, but to do so with its sophisticated interior and high-quality processing, rather than with an extravagant exterior. The hand-blown glass lampshade is opal and features an optical inset within that serves to create an attractive scattering of light. The majority of the light is directed downwards, although a small proportion is able to escape to the sides in a scattered fashion. As a result, the main lighting is directed downwards into the room in question, but soft general lighting is also emitted through the sides. The brightness of the installed COB LEDs can be regulated using a leading or trailing edge dimmer (not included). No tools are required to install the lampshade as it features a bayonet fitting for easy mounting. The optical inset, which is responsible for the evenly distributed light effect, can also be easily removed thanks to the magnetic fastener. Energy efficiency class:A+
BUY NOW at Lights.co.uk*