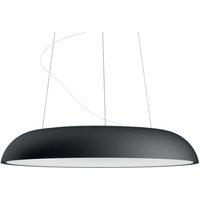 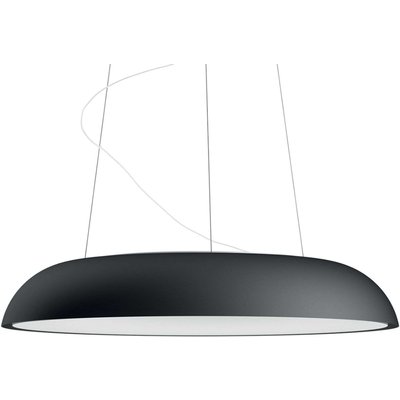 A fantastic eye-catcher over the dining table – Philips Hue LED pendant light Amaze with a dimmer switch The Amaze LED pendant light is a real quality product from Philips and impresses with its extensive functionality. The light is ideal for use over tables and the built-in LEDs inside provide light in different tones of white. 50,000 shades of white within the spectrum of warm white to daylight are possible. Amaze is a modern light, which can be controlled in two ways. Either with the dimmer switch provided, which functions as a remote control or via an app or voice control. The basic functionality such as switching the light on and off or setting the four lighting modes, such as relaxation or concentration, can be easily set via the switch provided with no need for further components. However, to access the full functionality of the light, it needs to be incorporated into an existing and compatible smart home system. A bridge, such as the Hue bridge (see the accessories) is needed to connect the Amaze pendant light to the WLAN and therefore to the corresponding app. Once connected the light can be controlled via your smartphone or tablet as well as via a compatible voice assistant. Special features / compatibility – Controllable via the Hue dimmer switch (included) – Dimmable (via app or dimmer switch) – Compatible with an existing Philips Hue system – Can be controlled via the Hue app – Voice control possible with Amazon Alexa, Apple HomeKit (Siri) and Google Assistant – Compatible with ZigBee-based systems such as Innogy, Bosch, Magenta (German Telekom) and Busch-Jäger. – Please note that a bridge, such as the Philips Hue bridge, is needed in order to be able to use the intelligent lighting control functionality. Energy efficiency class:A+
BUY NOW at Lights.co.uk*